Conceal scratches in a glass shower door's exterior and add privacy to a shower stall by securing a colorful piece of decorative film to the glass with the steps below. A piece of film that matches other colors or patterns that are displayed in the bathroom will provide the shower door with a customized appearance.

Close the shower door. Remove surface dirt and smudges from the glass exterior with a lint-free cleaning cloth that has a small amount of glass cleaner applied to it. Dry the door's surface with a fresh cloth. Measure the portion of the door that you would like to cover with decorative film. Use a washable marker to mark the corners of the section that you have chosen. Purchase a piece of decorative film that is the same size as the measurements that you have acquired.

Secure The Film To The Glass

Prepare a soapy solution to assist with adhering the edges of the film by filling an empty spray misting bottle with water and adding a small amount of mild detergent to it. Put on a pair of surgical gloves so that your fingerprints do not appear on the glass shower door while you are applying the film.

Remove a corner of the film's backing and press the sticky side of the film against the corner of the glass that is marked. Before covering the glass, use a clean cloth to wipe away the marker. Continue removing more of the film's backing and pressing down the adhesive against the glass until the entire piece of film has been secured. Move a squeegee across the decorative film in straight lines to remove wrinkles and flatten the film.

Spray The Corners And Sides Of The Film

Spray the corners and sides of the film with the soapy cleaning solution that was added to the misting bottle. The solution will help the film remain secure against the glass. Move a seam roller firmly over the film's edges and corners. Afterwards, wait for the soapy solution to dry. Once this occurs, the decorative film will remain in place. Care for the film by wiping it off with a damp, soapy cloth on occasion. Never use harsh chemicals or abrasive cleaning cloths or sponges when treating the film's surface.

For more tips on how you can customize your shower, talk to a company like Monroe Industries Inc. 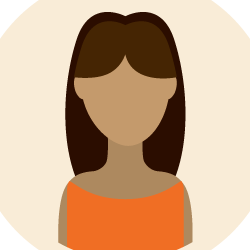